Misadventures on the top of nowhere

In a fit of late summer ambition, i decided to attempt to climb Mt Tom Ross (Elev. 13,253ft.).  Mt. Tom Ross is an often overlooked lesser summit of the Evolution Ridge line below Mt Darwin.  The climb requires quite a bit of scrambling and i was quite looking forward to making a last summit of the season.

On short notice, and crucially no altitude acclimatization, i headed off to the eastern Sierra to attempt to conquer the mountain with my cousin Joe as a climbing partner.

We got a somewhat late 8am start to the climb, but were in high spirits as the weather looked great and we were both feeling good.

By 9:30, we had made it to Lower Lamarck lake and stopped for a quick breakfast.  It was at this point that we began to notice some ominous clouds starting to build over the Southeastern ridge lines.  We hoped for the best and planned our route up the ridge line switchbacks and were back on trail by 10.

By the time we passed Upper Lamarck lake the clouds were starting to build and we decided to pick up our pace in a (foolish) attempt to beat the weather.  This soon proved to be a rather poor decision as the switchback leading up the ridge above Upper Lamarck lake are savage indeed.  I made the saddle a few minutes ahead of Joe, who was beginning to feel the onset of AMS (better known as altitude sickness).  He took a few aspirin and we continued on up. 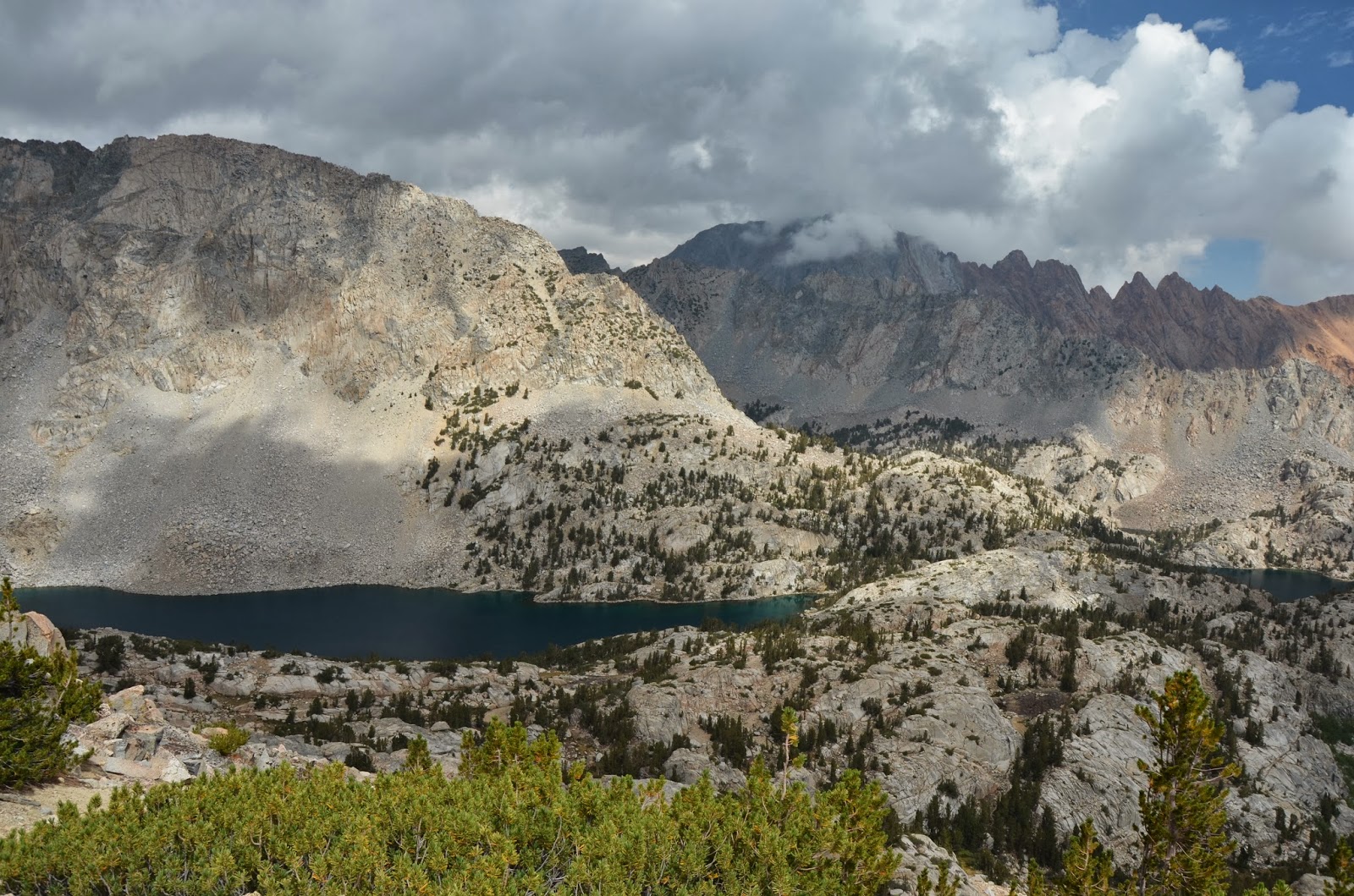 As we made our way up into the wide, flat canyon below Lamarck Col we both began to lament our lack of altitude conditioning.  As the altitude piled on we felt worse and worse and it soon became apparent to us both that this summit was not to be.  We found ourselves at the base of the North Spur of un-named Peak 13,172.  In an attempt to at least summit something, we scrambled up to the ridgeline at a max altitude of 12,003ft.


Once on the ridge crest, we were treated to a lovely, though stormy view of Peak 13,172.  Sadly we never did see Mt. Tom Ross as it was obscured by the nearby peak.  With the weather closing in fast, we beat a retreat back to the trail head and several ice chest loads of beer.

This last minute trip was a stark and somewhat painful reminder of the importance of acclimatization when mountaineering above 10,000 ft.  In hindsight, an additional day of altitude was probably required to take my sea level loving body and toss it up to 13,000+ feet.

This peak is definitely going to be on my 2014 bag list.