I'm the Co-Founder of a mobile startup called Blink.

I know, you're wondering what this has to do with the outdoors. Absolutely nothing. Which is precisely why for Christmas this year I asked for a Fitbit Flex.

Being a Co Founder of a mobile startup here in Silicon Valley means that I generally work 14 hour days, 7 days a week. And 99.9% of that time is spent sitting in front of a computer screen. For someone who enjoys living healthy, this puts quite a strain on exercise time.

I had been wondering for a while how little exercise I was getting, and began to think it was time I had a way to actually find out (rather than just optimistically guessing every now and then). Enter the Fitbit Flex.

I chose this over the myriad other wearables out there after careful research and based on several criteria: 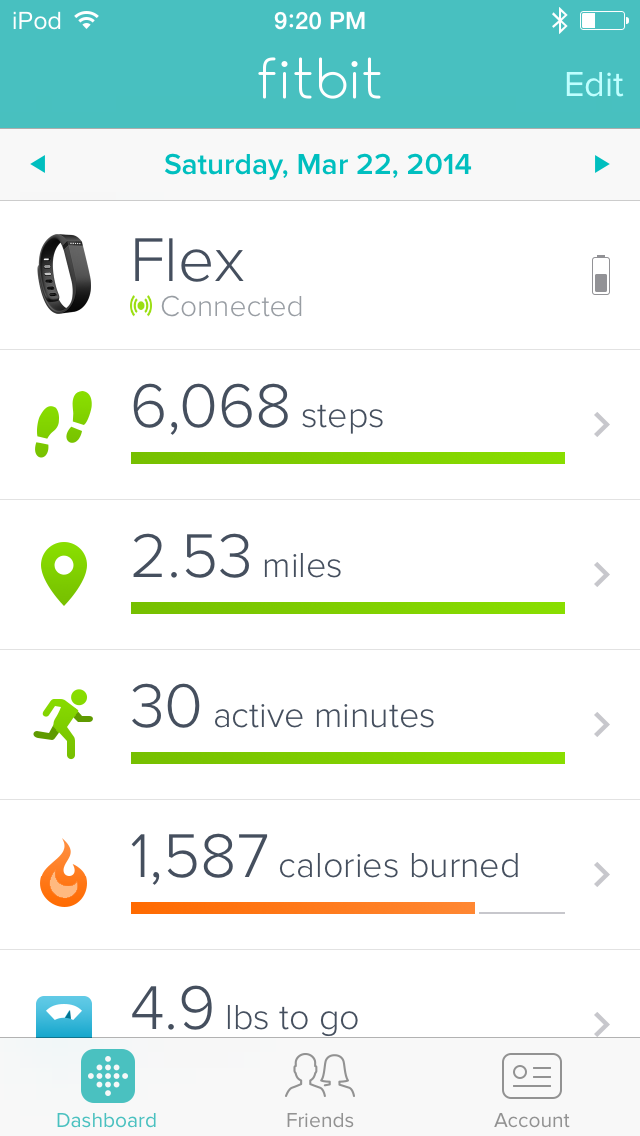 My background is in Product Management, and that means I love data. Give me charts and graphs any day of the week. And the Fitbit gives me that in spades.

After pulling the Flex out of the box, I was guided through a very simple set up process in the Fitbit app. In just a few minutes I was up and running.

This app has been the real joy of the Flex to me. It's not only well designed, but it shows me at a glance every stat I could possibly want.

I can see the number of steps I've taken, how many miles I've covered, my total active minutes, calories burned, sleeping patterns, and also enter optional outside data like weight, calorie intake, and water consumption.

As part of set up, I set a goal for myself on how active I want to be. The app shows me every day a color-coded indicator of how I'm tracking against my goals. I can also tap on the wristband to see progress reflected with a series of lights when I'm on the go.

If I want more details, I can drill down into each category and look at a graph of exactly what I did and at what time. It's basically heaven for me.

One of the most surprising aspects for me has been tracking my sleep. By wearing the Flex to bed, I'm able to track the time I spend asleep, restless, and awake. Realizing just how little quality sleep I was actually getting was pretty eye opening. 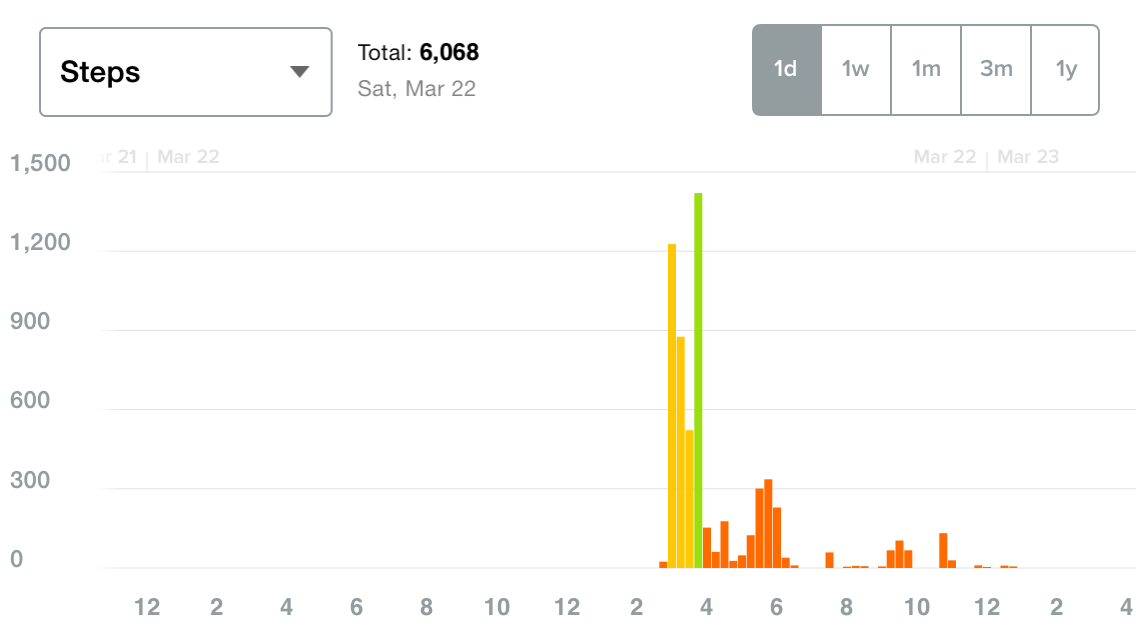 How it looks and feels 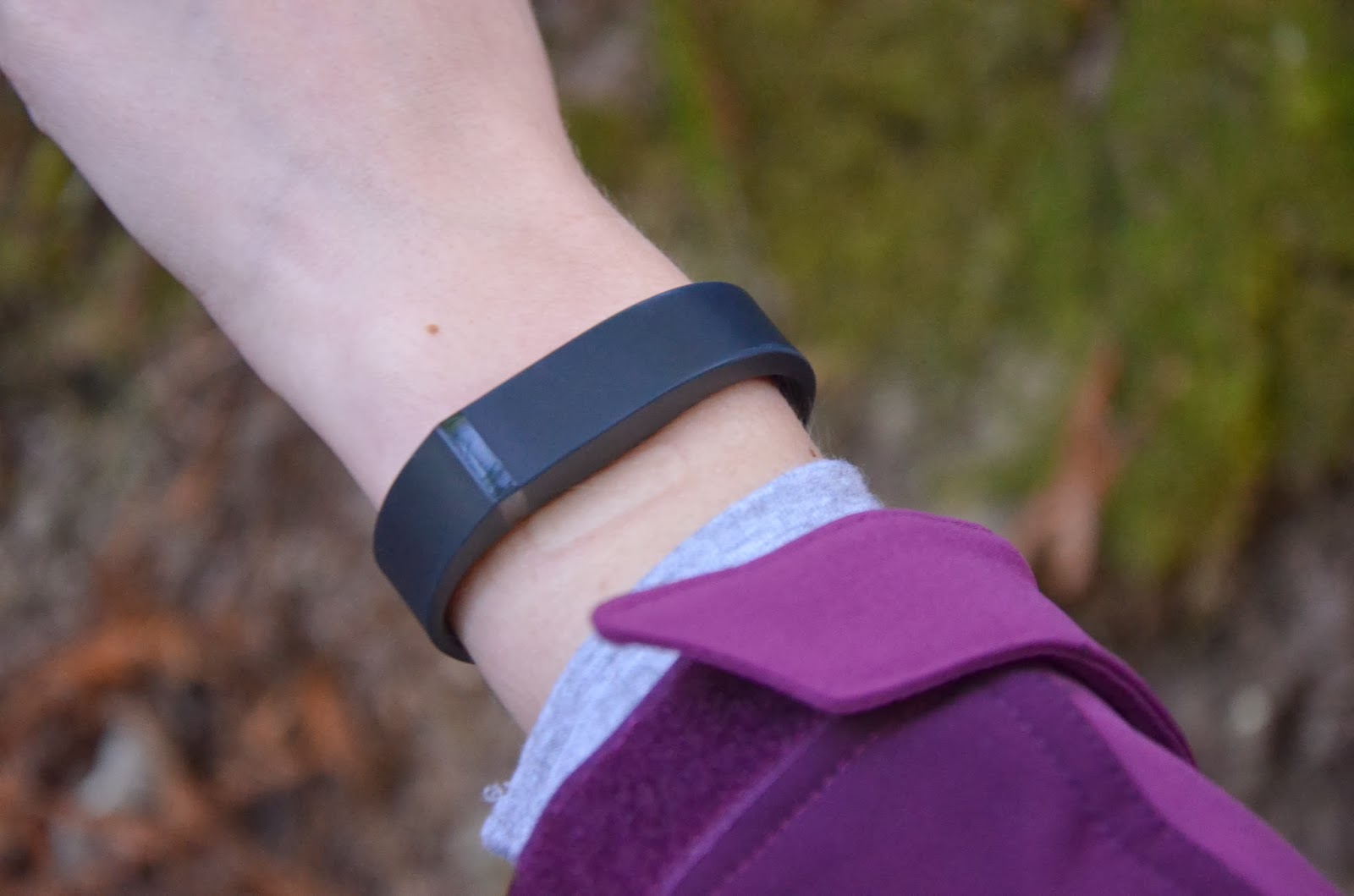 The Flex came with a small wristband that is adjustable. I have very tiny wrists, and this is a constant concern when I buy watches and bracelets. I needed something that wouldn't slide around and annoy me all day.

Since buying it, I've been pleased to see that it's slim enough to be basically invisible under all but my tightest sleeved clothing. It's so inconspicuous that unless I point out to someone I'm wearing it, I've never actually had anyone remark on it.

It comes with one wristband to start (I got basic black), but there are several different colors of bands that you can change to including green, blue, red, and gray. This means I'll have plenty of fashion options. After all, you might as well look good if you're going to be wearing this every day.

I wear mine all day and most nights, and I've found it to be very comfortable. To remove dirt and oil though, I'd recommend washing the band itself with warm water and mild soap now and then. I generally do this while the tracker unit is out and charging.

At just under $100, the Flex was one of the more affordable of the wristband trackers out there. It's not the cheapest, but it's also far less expensive than what I considered to be the next best options.

I'd read a lot of great things about Fitbit as a company, and I certainly respected them as a fellow startup. For me, some of the best innovations I've seen come from smaller companies, and so I was more inclined to take my business to them that to Nike or Jawbone.

Although I know they've been through some recent growing pains on the Force, I can say I've been nothing but pleased with my Flex.

So what's the verdict?

I'm almost 4 months into owning the Flex, and I can say I'm very happy with it. I think it's a well-made and incredibly useful product. It's serving as a daily reminder to me to stand up, walk around, and get exercising whenever I can. I've already recommended it to family and friends and several have purchased one and been just as pleased with the results.

I've still got a long way to go, but the enjoyment of seeing how far I actually have come (and the reminders when I occasionally fall behind) have been great thus far. I'm noticing that as I make better choices in exercising, I also make better eating choices.

All in all, it's been really satisfying to start feeling like I'm taking control of my health again, even if it's just a few steps at a time.
Posted by Unknown at 8:04 AM